More bellicose rhetoric from the People’s Republic of China.

The island of Guam, the largest of the Mariana Islands, is an unincorporated territory of the United States in the western Pacific.

U.S. military bases cover approximately 39,000 acres or 29% of the island’s total land area. Guam is currently viewed as a key military hub that will further allow U.S. military power to be projected via sea and sky. The U.S. military has proposed to build a new aircraft carrier berth on Guam and to move 8,600 Marines, and 9,000 of their dependents, to Guam from Okinawa, Japan. 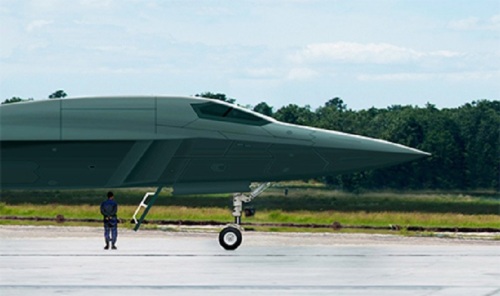 Citing its source (but without a link to the source) as an article in the Chinese-language Huanqiu (环球网 or Global Network), the Chinese-language edition of Global Times, Chan Kai Yee provides the following translation (in italics below) for China Daily Mail of Nov. 14, 2013:

Note: Huanqiu clearly is a Chinese government publication. From Huanqiu‘s Introduction or About page:

“www.huanqiu.com was established in November 2007 under the approval of People’s Daily and the [Chinese government’s] State Council Information Office, with investments from both People.com.cn and Global Times.”

An US military photo website carries a report on China’s plan to build the H-18 stealth bomber, which is a stealth fighter–bomber instead of a strategic bomber.

It has an inside weapon cabin 8 meters [26 ft] long for 72 100kg [220 lb] Leishi small precision-guided bombs or 4 Changjian-10A cruise missiles that may carry out tactical or nuclear attack at Guam.

It has adopted lots of stealth technology to become the world’s first stealth fighter-bomber and stealth supersonic bomber.